Here is one of the most in depth and comprehensive review of the Pantheon Pranayama by David on reddit. We reproduce his post here with his express permission. We are also please to offer our Complete Pranayama Longboard Cruiser setup here.

The Pranayama is a new release from Pantheon. I ordered it just after it launched this month and I’ve put 100+ miles on it.

Pantheon did not pay me or give me a discount for this review, they don’t even know it’s coming.

This board is made for cruising, which is exactly where it sits in my quiver of 7 longboards. I mainly use it to get around my neighborhood quickly, which includes a daily 7 mile commute.

I don’t pump, downhill, or dance, but I do enjoy throwing around small heel and toe standup slides.

She’s beautiful. There’s a lot to her you don’t see until you hold her up close.

For example, the wood is stained, not painted. This brings out the natural color of the maple and gives it a glossy look and feel. All of my other boards (Landyachtz, Loaded, Earthwing) are painted instead.

The deck itself is deceptively small, in fact, smaller than your standard skateboard street deck and just a pinch wider. However, it lives up to its cruiser design by having a wheelbase so large that it’s impossible for your deck’s nose or tail to bump into anything - your wheels will hit first.

I was initially worried about the tips breaking off due to their open pronged design, but Pantheon added a “crescent” drop that adds extra strength. Couple that with the 9 plys and this thing is a tank.

One small detail I like about the design is the whole thing is curved - there are no edges, anywhere. This makes it that much more pleasant when you hold it. It’s a small thing, but it’s a small thing that someone thought about and added to the construction process.

Finally, the concave. There is minimal concave to the deck - I actually thought it was flat. There’s just enough to cup the natural curves in your shoes, and nothing more. I’d probably prefer a little more concave.

Overall, this deck does feel like the high precision, tightly toleranced, attention to detail type of deck that they market it as.

I bought this board fully complete, straight from Pantheon because I wanted to experience it the way it was meant to be ridden.

I’m extra picky with the build because most completes I’ve bought haven’t been ready to enjoy right out of the box. Some bolts are loose and rattling, trucks are way too tight, etc.

The Pranayama came perfect out of the box. I suspect Pantheon actually tests each board before sending it out. For example, the trucks are the exact tightness such that you can get maximum turn without wheelbite. With my full 180lb [81.6kg] weight on one side the wheels were just millimeters away from biting - exactly what I want in my setup.

The in house AOA built in bearings are incredible. They’re screwed in very tight, but the wheels still spin forever. Definitely better than Zealous, and as good as anything else I’ve tried. I highly recommend getting that second set added to your order for $10. There's no other way to get them.

Pantheon sweats the details in the build. For example, a small but important thing they do is use washers between the nuts and bolts. On my other decks which I also bought complete from the manufacturers, they didn’t use washers. Thus when removing your trucks you can see the nuts penetrated the deck when tightened. I hate that.

Also, Pantheon uses bolts just long enough to hold the nuts but not extend too far past them. Again, a small thing, but it makes it easier to disassemble the board and honestly it looks a lot better. If I’m buying the most expensive longboards at $200+ I expect the best overall quality.

The whole build really is optimized and precise. This is mostly a positive thing. One negative though is it’s not flexible to other setups. For example, my Bear RKP trucks can’t even be installed - the baseplate doesn’t even fit.

The best way to describe this board is that it’s a hovercraft.

It’s stiff, super low to the ground, and it flies with this silent, exhilarating speed. No other board I have really comes close to the sensation, not even my 38 inch Drop Cat which is in a similar category. This just does everything better.

The ride height is ultra low. It’s so low that I don’t think I want it to go lower because I’d be afraid of common rocks and bumps hitting it. And since there’s no rocker, it’s low throughout its length, whether you use a narrow or wide stance.

It’s true that you don’t have to bend your knees to push. And since the deck is so thin (it uses 150mm instead of 180mm trucks), your pushing leg can be right up to your board leg so you barely even need to bend your waist too. This is fully optimized for the easiest possible push and I don’t think anything else comes close - and I’ve owned or tried the Drop Cat, Rally Cat, Switch Tiger, etc.

An unforeseen benefit of this, since I log a lot of miles, is I no longer get shin splints on my pushing leg. The push is so easy and stressless. I can push with my full pushing foot down flat against the ground if I want to give my ankles a break.

Similarly for my deck leg, there’s a lot less vibration coming up from the deck due to it being able to handle massive wheels. There’s a spot on my commute where my deck foot usually gets really tired from the vibrations. With 85mm Speed Vents or Caguamas this is no longer an issue. My deck leg can be a lot more relaxed.

Speaking of wheel size, I can roll up some massive cracks with them. On my commute there’s a sidewalk crack between one and two inches high (see pics) that I normally have to jump off my board and walk over. Not so with the Pranayama. I clench my @#$ and roll up it. It’s frightening but it works.

And the speed of this deck. Those 85mm wheels plus the AOA bearings. There are parts of my commute I didn’t know were downhill until I did em on this board. My downhill oriented deck, the Landyachtz Cheese Grater with 70mm wheels, I feel like I’m always pushing. With the Pranayama, I can just shut off and cruise.

But I like going fast, so I push often. The Pranayama keeps its speed remarkably well - each push just gets me marginally quicker back to top commuting speed. I feel like I’m maintaining my speed, rather than rebuilding my speed.

All in all I go almost as quick as cruising bikes on my commute, but not as quick as road bikes. My commute takes only ~25% longer on the Pranayama versus my hybrid bike, and it’s 250% more fun.

Speaking of fun, turning on this deck is a joy. It uses TKPs and it’s tied for the most maneuverable board of my seven. Tight 90 degree turns at speed on sidewalks are part of my commute, and I even have a U-turn that I normally have to fully stop on to do. The Pranayama eats these up for breakfast.

I do like the more snowboardy feel of RKPs where you really lean into the turn and feel the gravity pushing back at you, but you won’t get that with the Paris TKPs on this deck. It’s more of a twitchy and effortless dive on the Pranayama. I think it’s just a matter of preference.

Finally, this is the easiest deck to slide of my seven, even though it has the biggest wheels. It’s so low to the ground that you’re a lot less afraid to go for it and potentially highside. And since you can turn so quickly, initiating the slide is easier. I never felt comfortable with toeside slides until I did them with this deck. For the record, I tried both the Speed Vents and Caguamas and found the Speed Vents to be significantly easier to break traction.

You have to watch out when sliding though because you might get shoe bite (not wheelbite). The deck is so narrow and low to the ground that if you have big feet (I’m size 11) you can shoe bite with a normal, non-monkey toe stance. Once you’re aware of this you can adjust accordingly, but, it’s one more thing to think about.

All in all, I know this is a special deck because when I step on any of my other decks they just don’t feel right. Even my Landyachtz Rally Cat, the deck with the most possible rocker, feels ridiculously high off the ground and unmaneuverable compared to the Pranayama. Getting this board is forcing me to sell once beloved decks in my quiver because I no longer use them.

But hey, I liked this deck so much I went ahead and ordered a Pantheon Trip today to get a similar package but with that RKP feel. Let’s see how that goes. 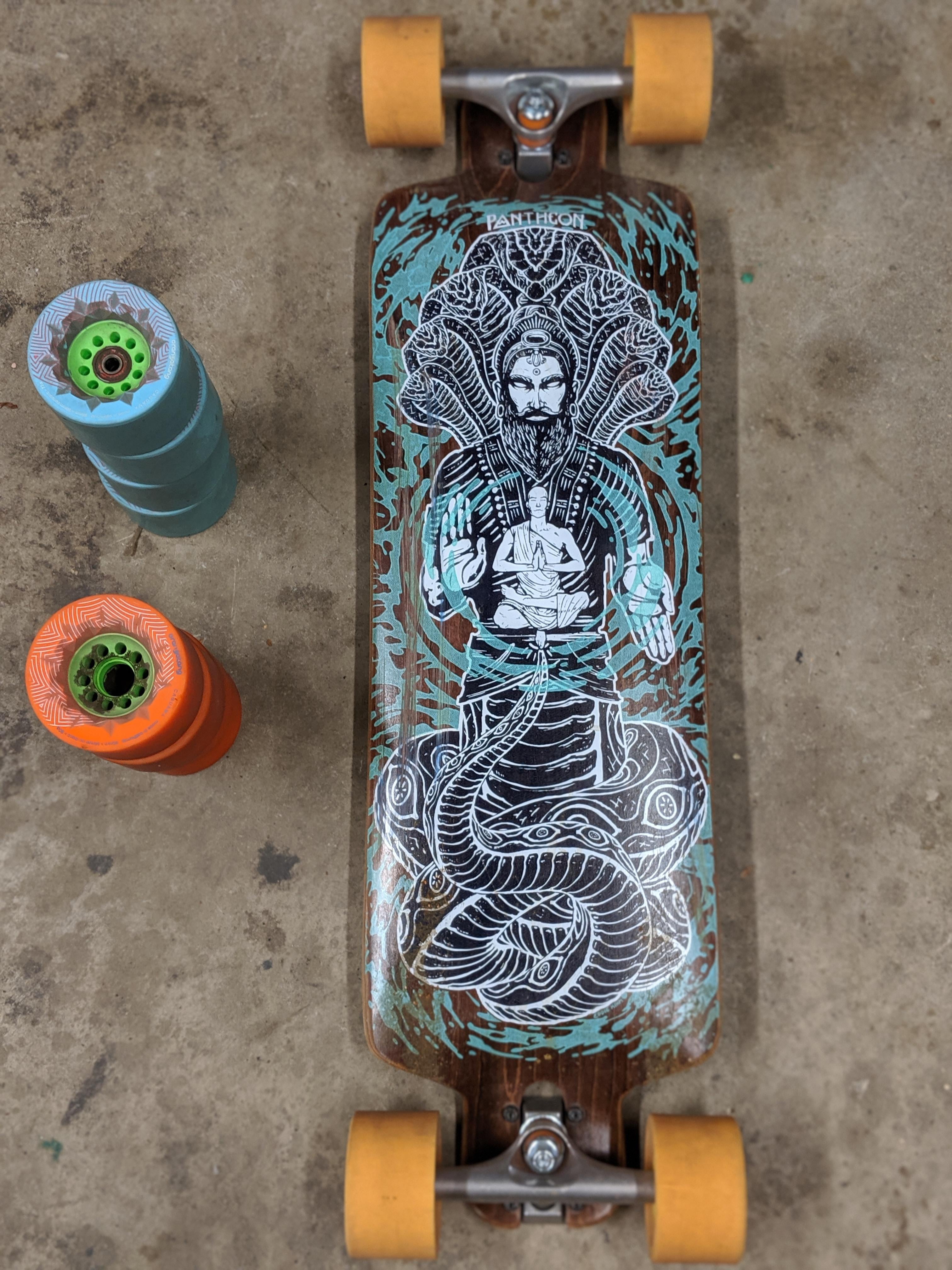 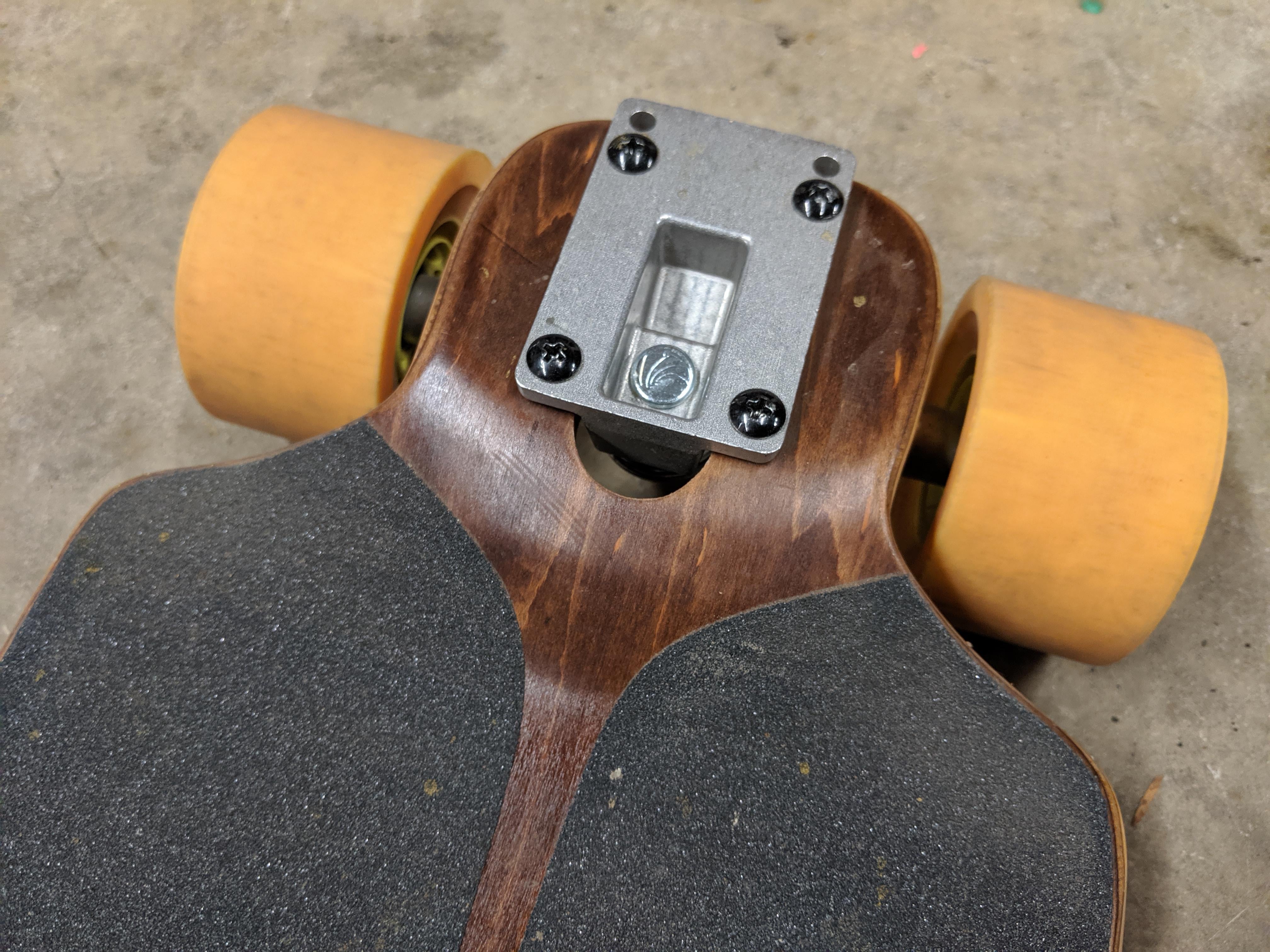 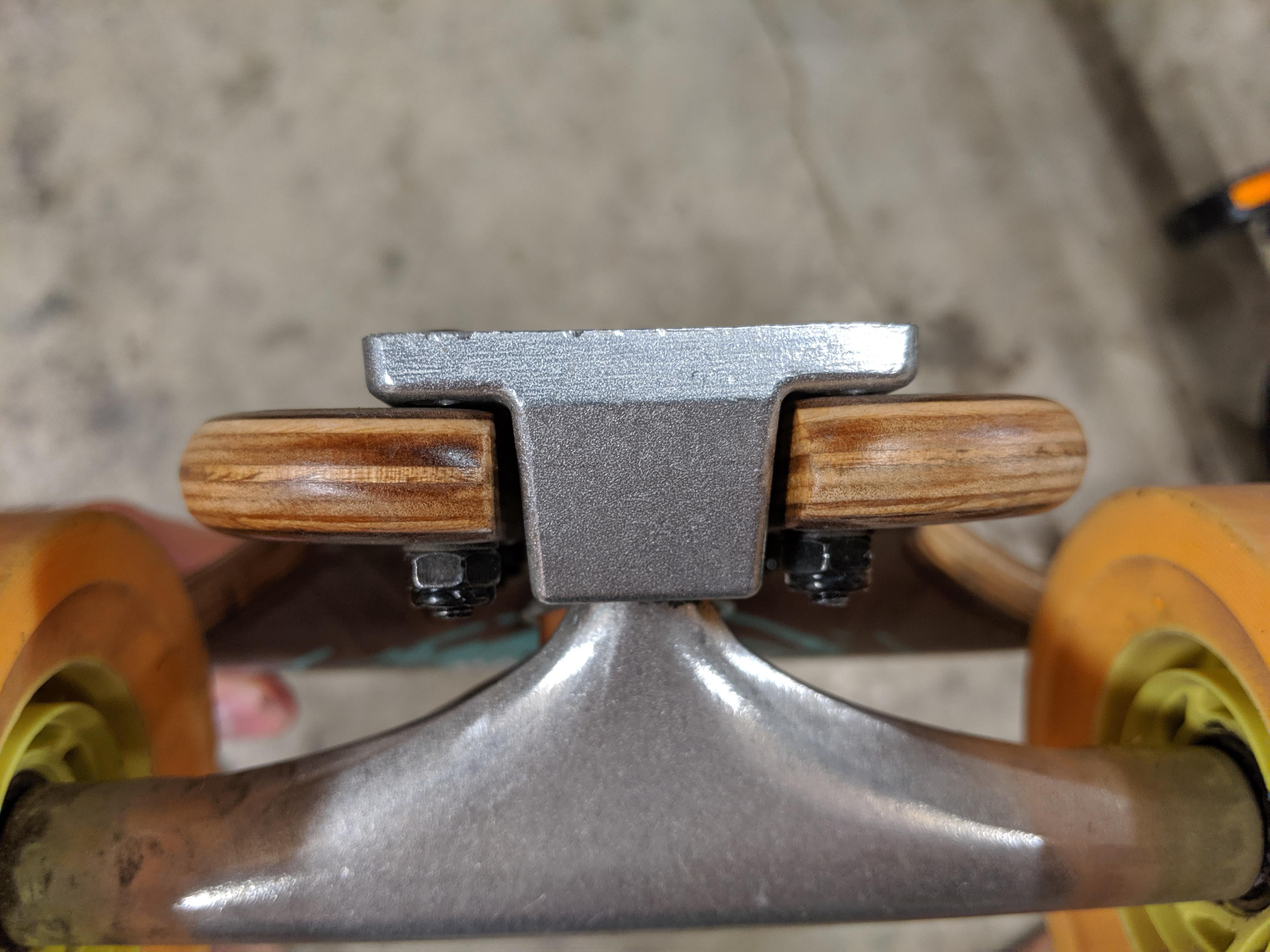 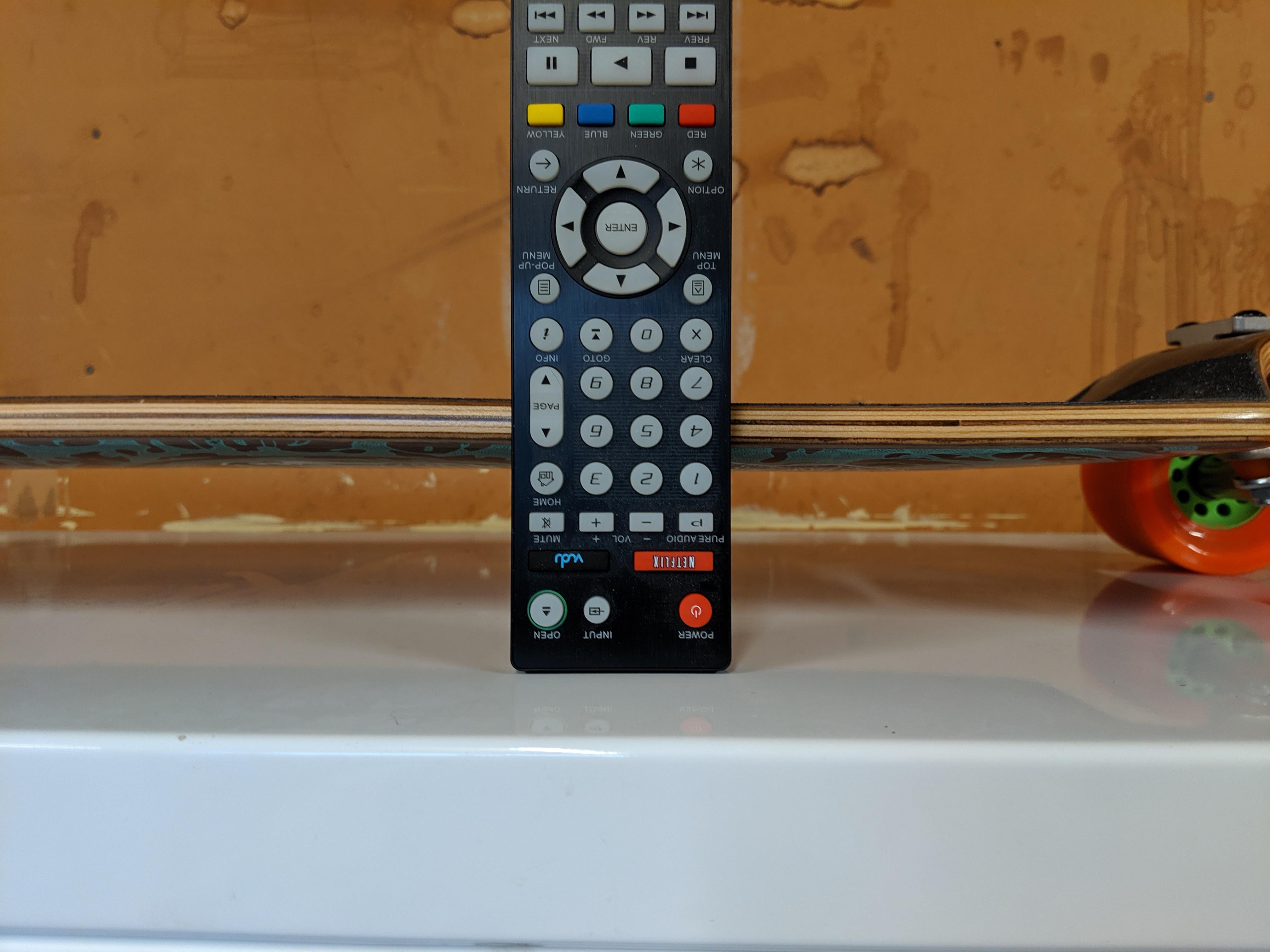 So low to the ground The Drop Cat 38" is much higher, even at its lowest point Sloppy build quality on the Drop Cat (stock from manufacturer). Bolts too long and no washers 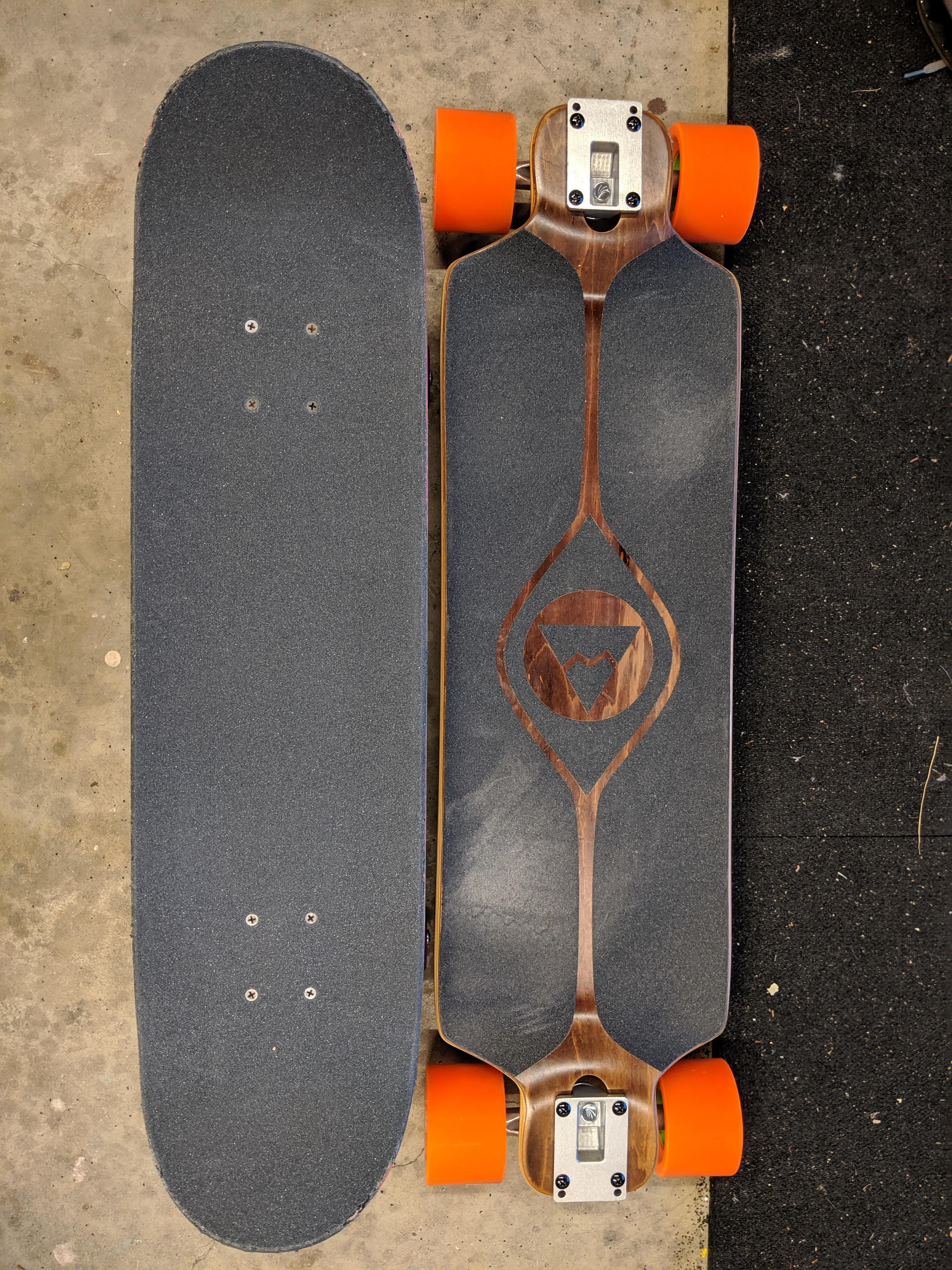 Smaller than a street deck No bite out of the box, even with maximum weight (180 lbs) and the bigger Caguama wheels. 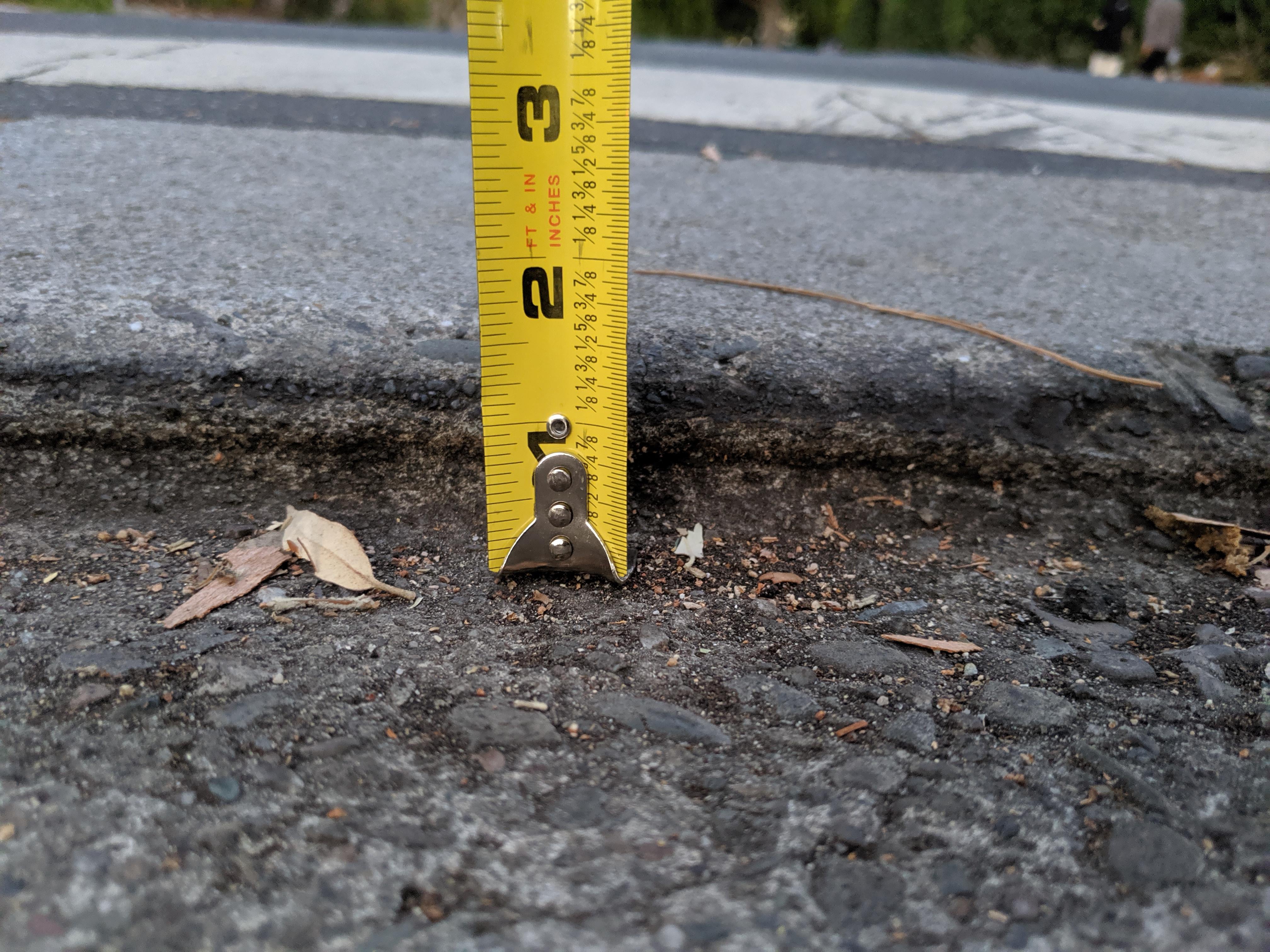 Rolling over near 2 inch bumps is not an issue 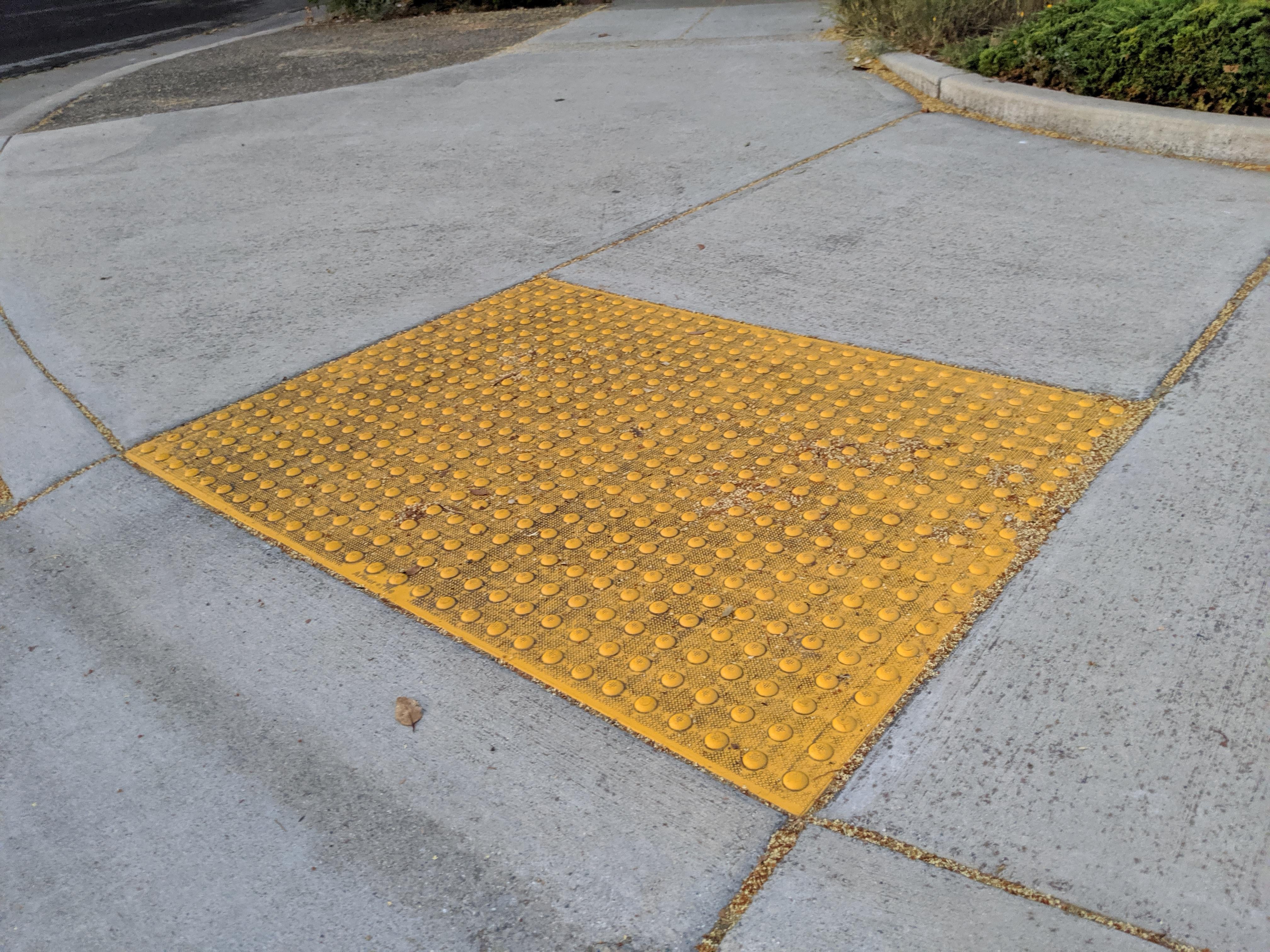 These sidewalk entrances used to give me nightmares 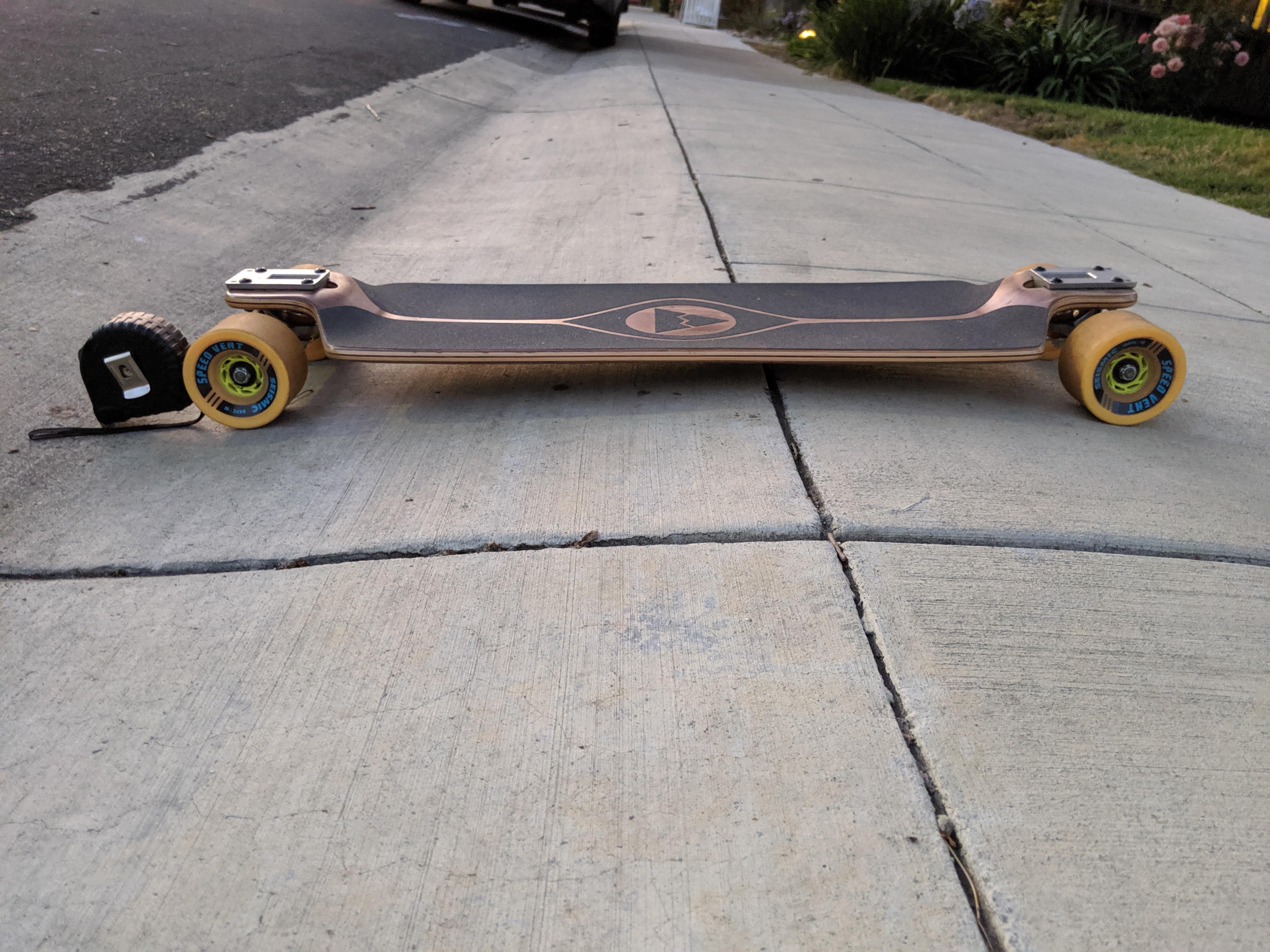 These curbs are safe to ride up No need for a nose guard! 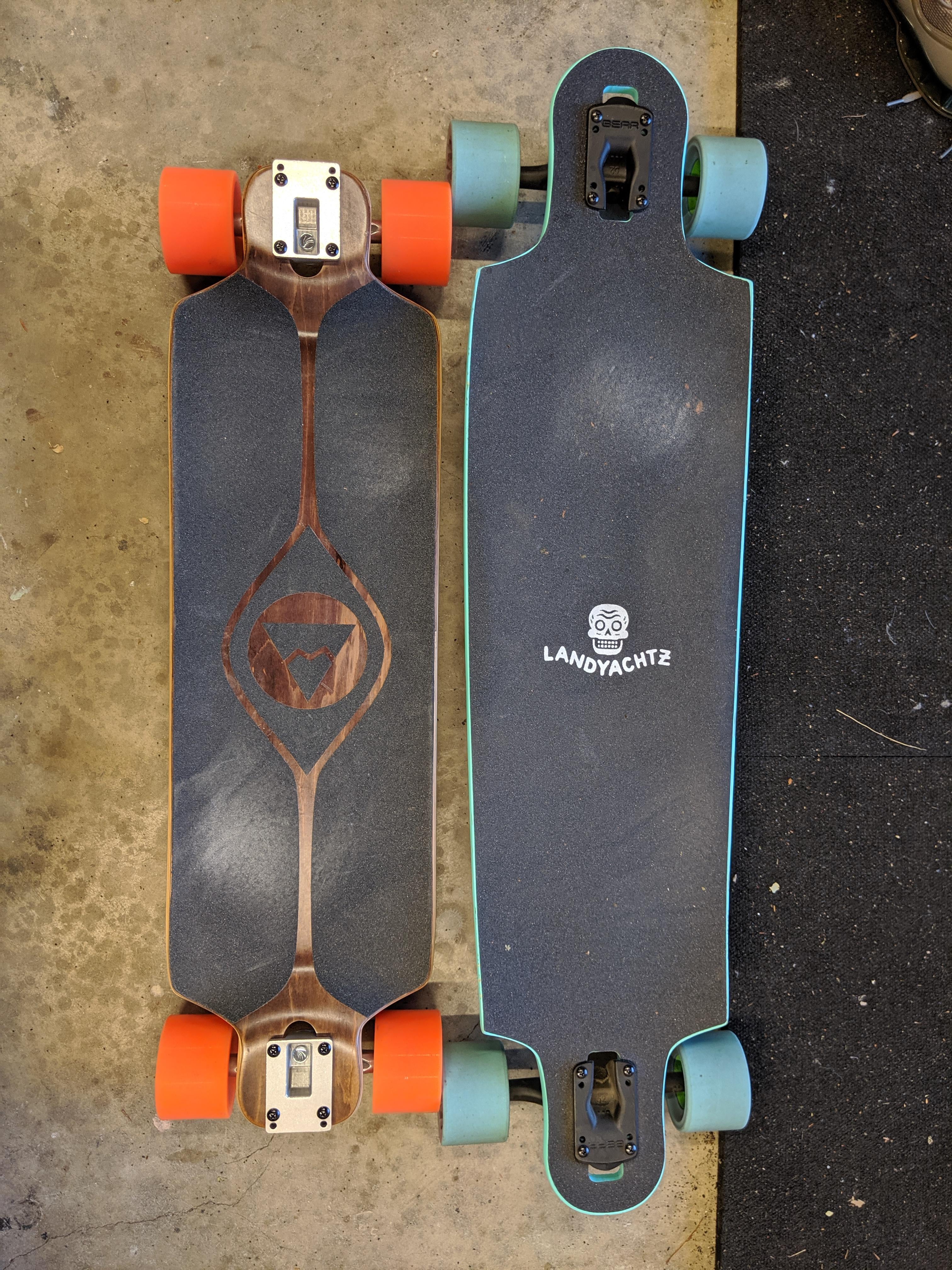 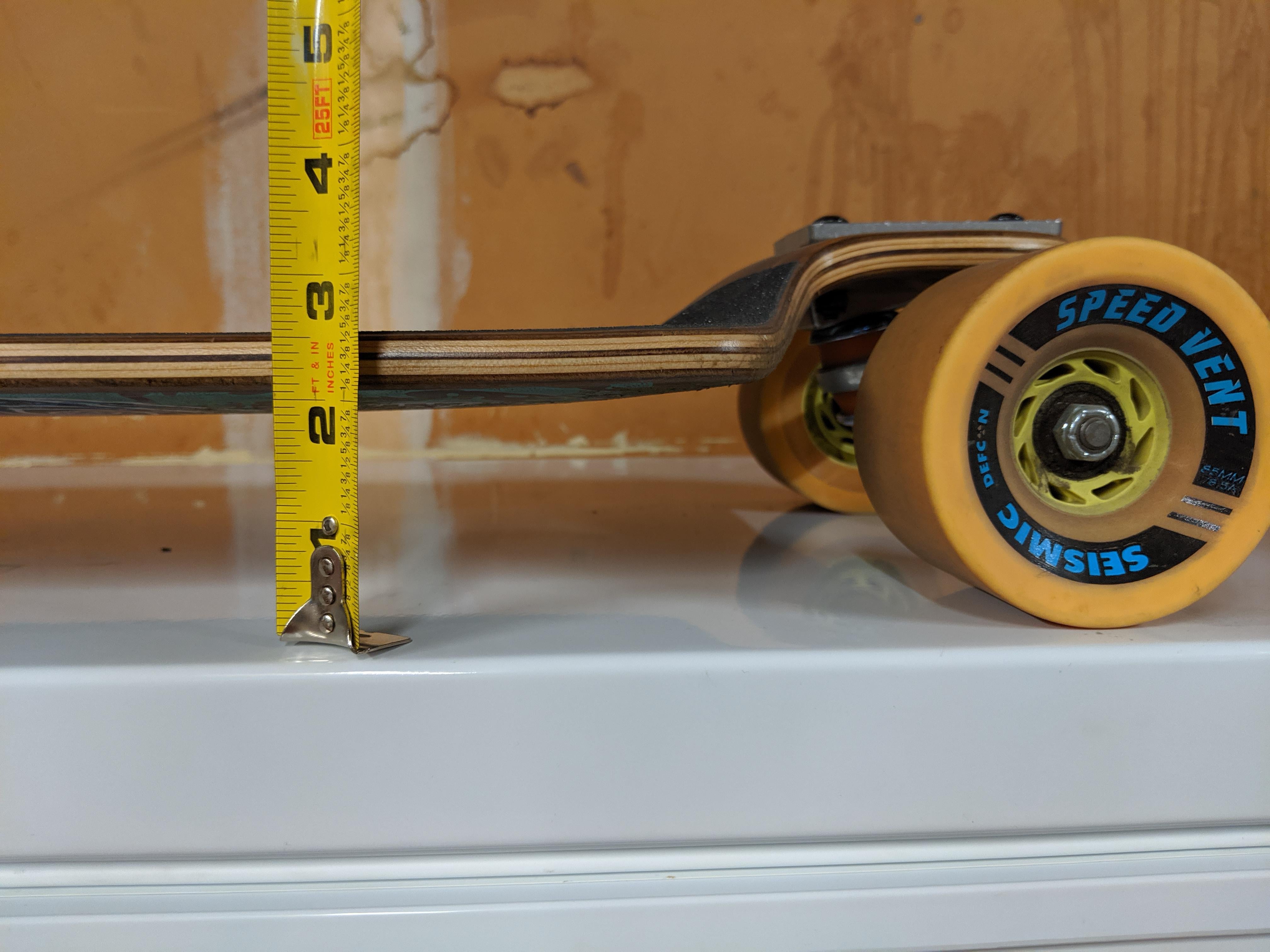 Note: this does not take concave into account. Also, there is no rocker lengthwise 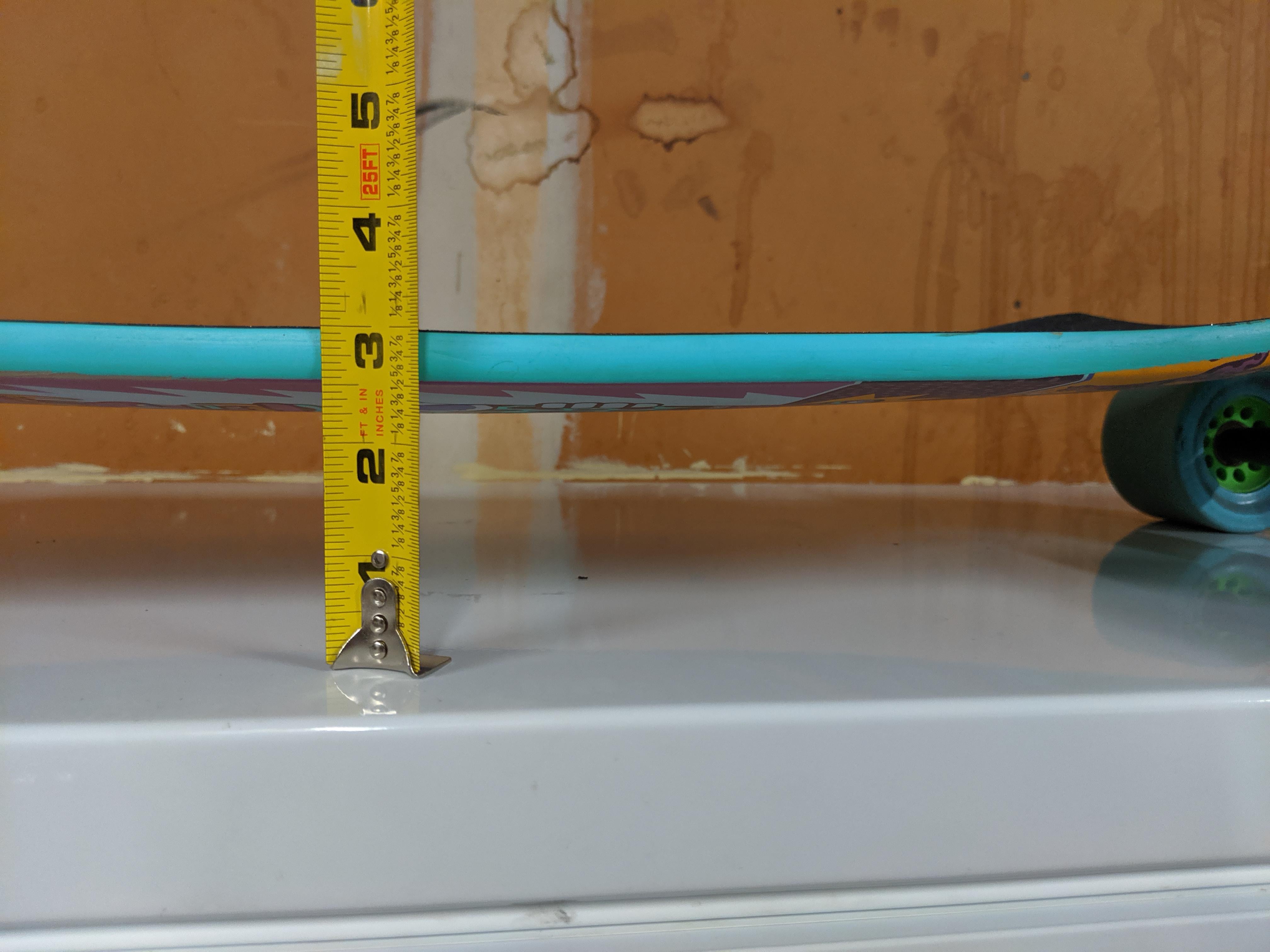 Drop Cat at its lowest point. Note there is heavy rocker. Note the 85mm wheels here add ~7mm from the stock Plow Kings. 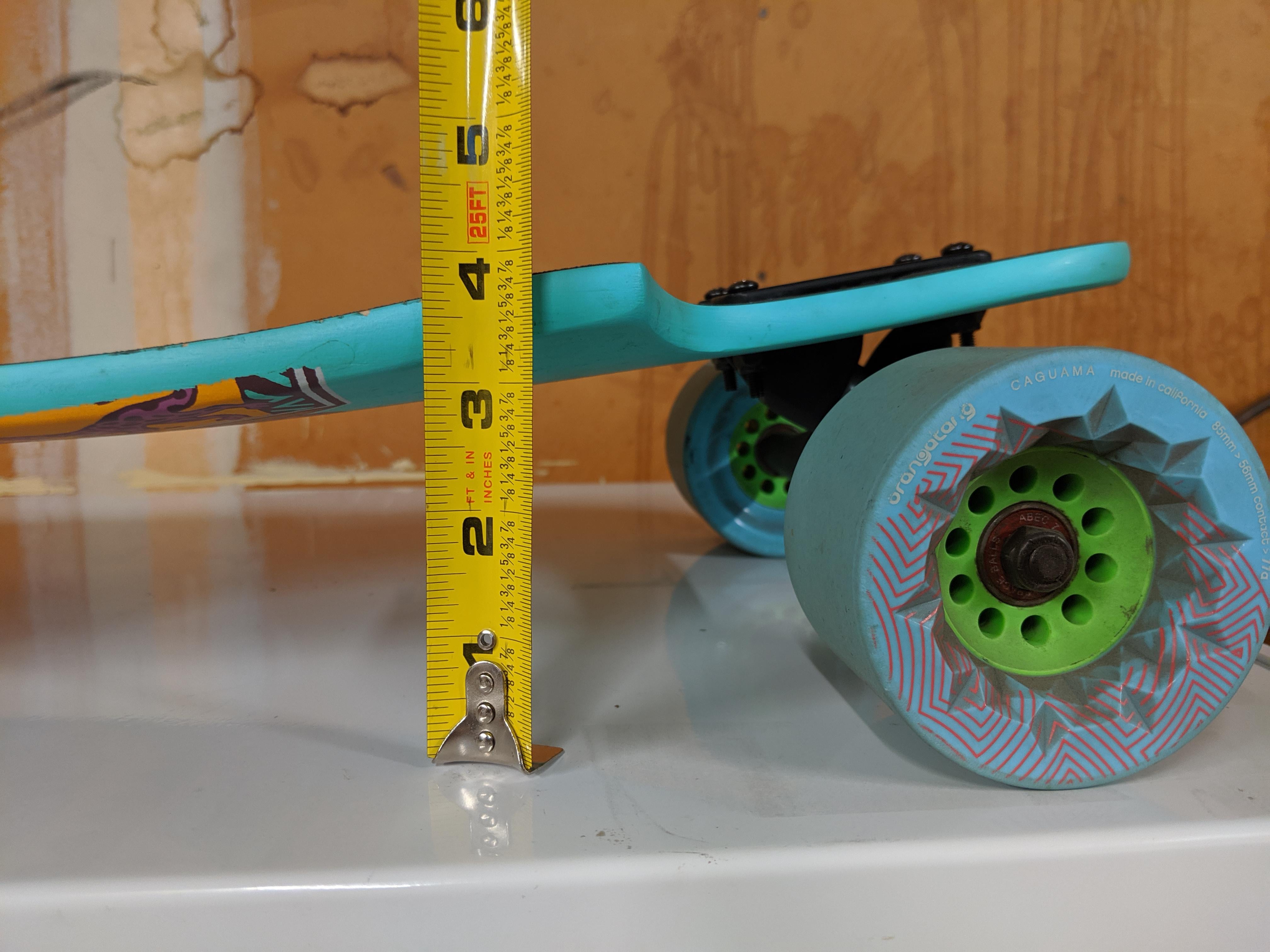 Drop Cat at its highest point. There's about an inch of rocker total 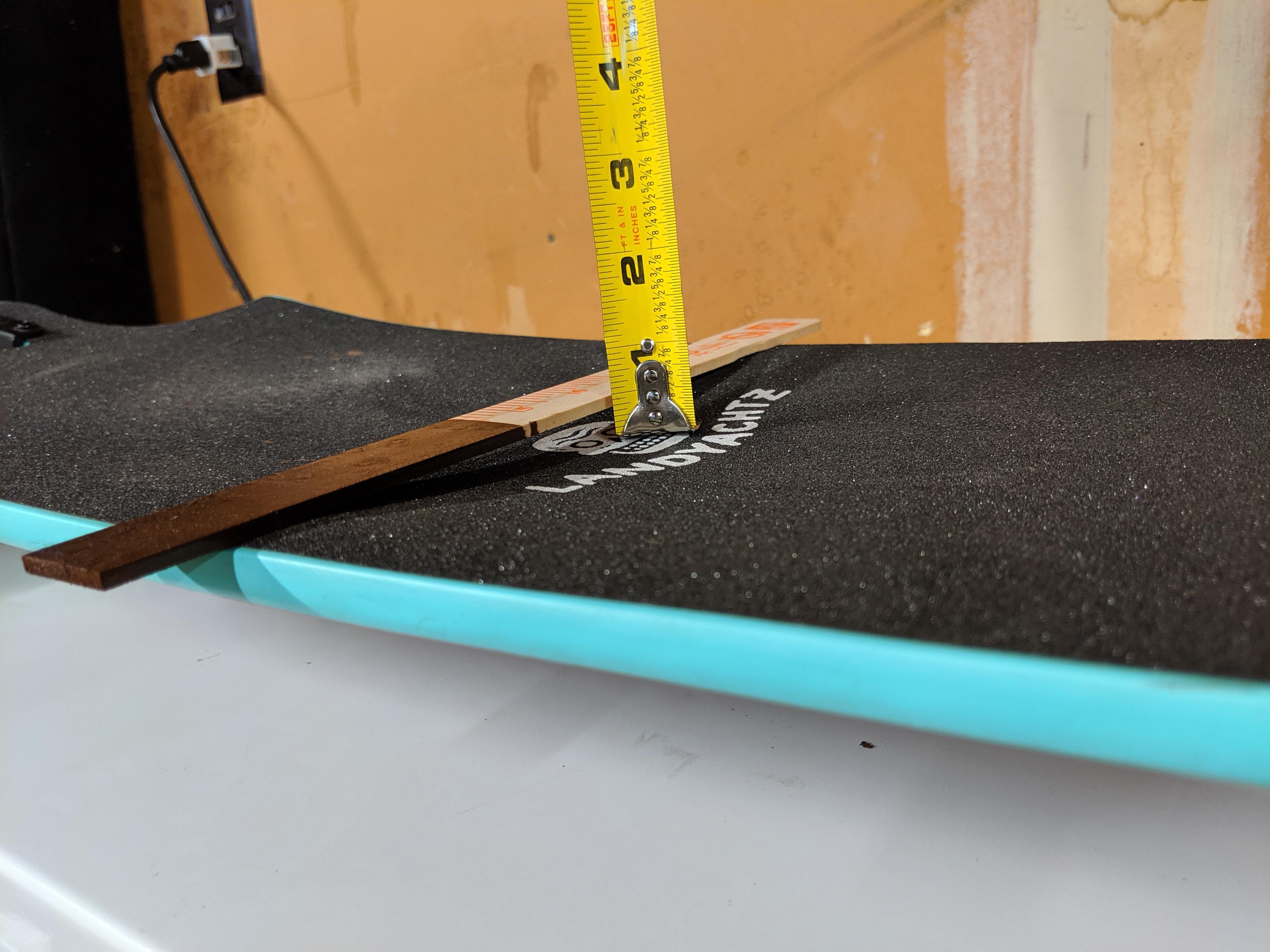 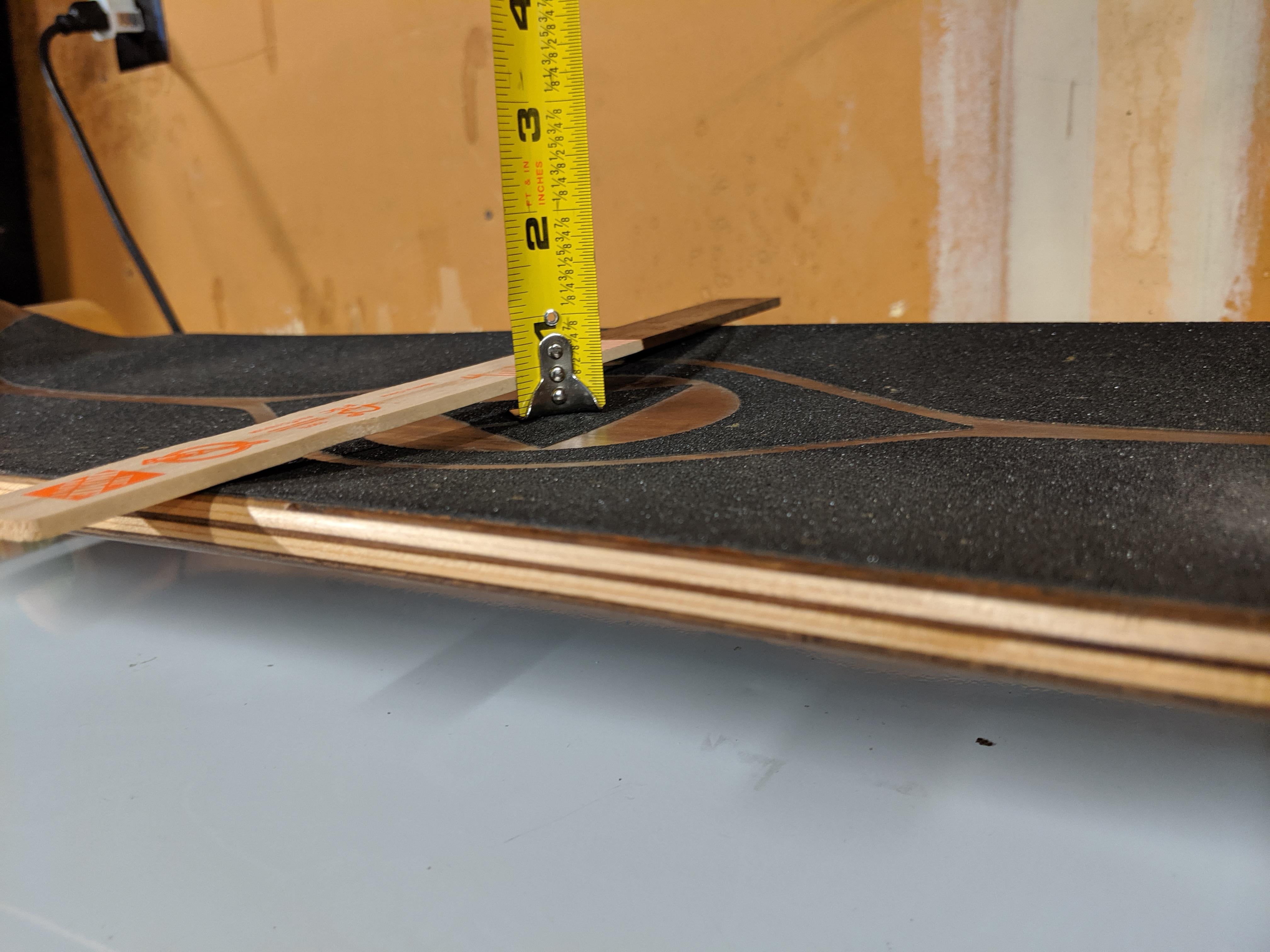 Slightly less concave on the Pranayama 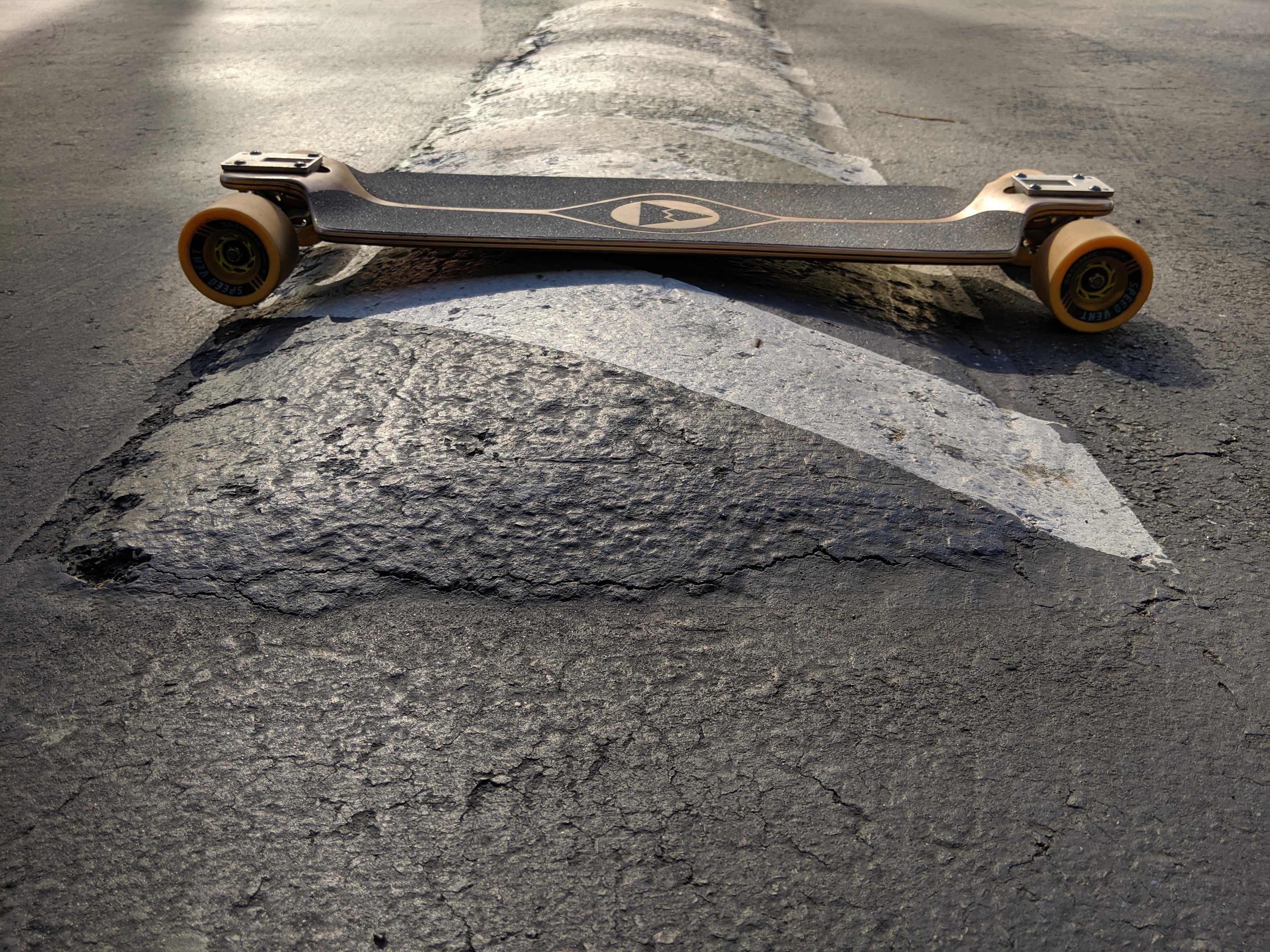 Speed bumps not recommended - you will scratch your deck! 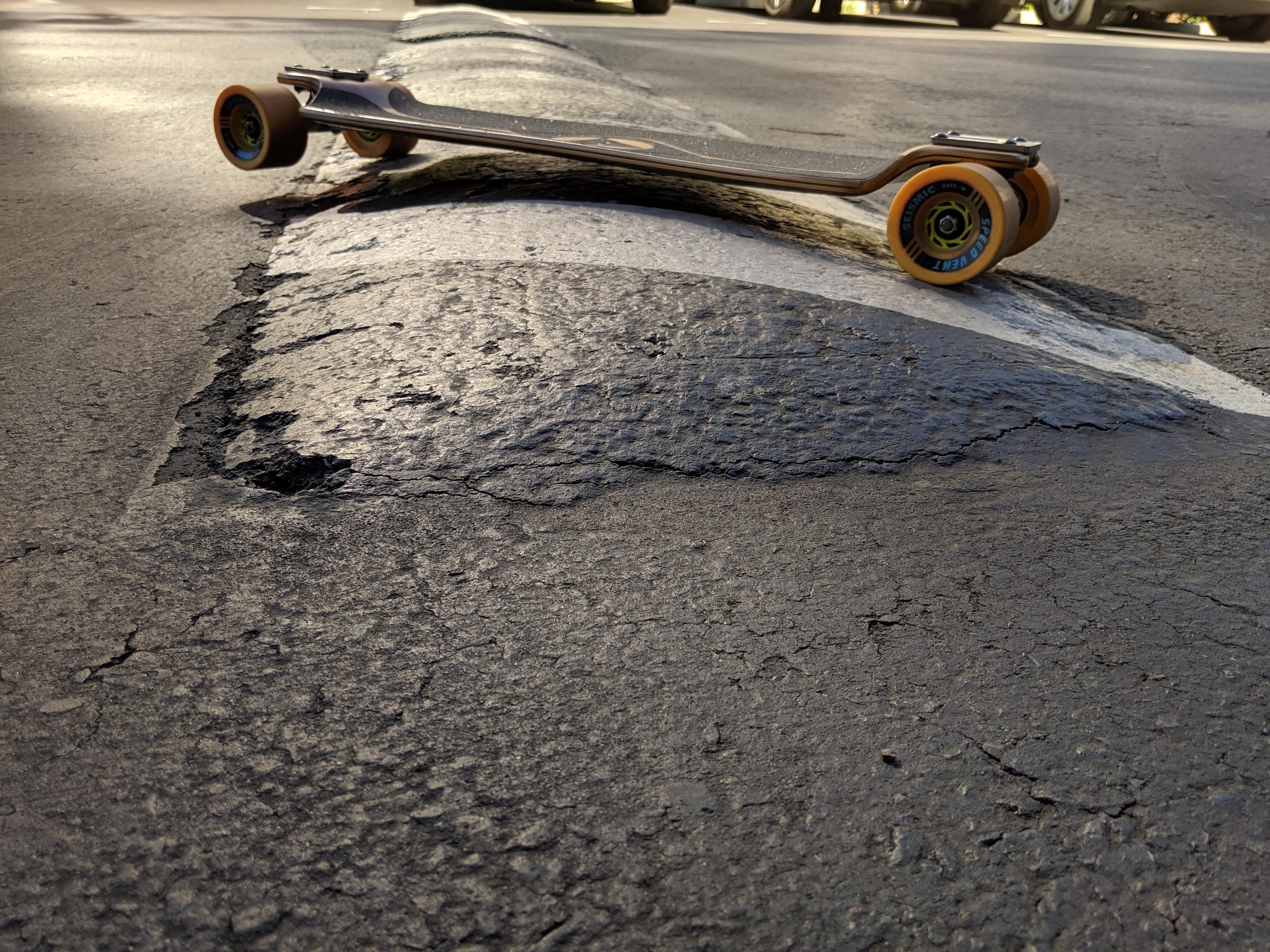 Hope you enjoyed this review!